Thank God for these churches!

Learn about the interesting stories behind the fascinating remnants and create your own on the spot!

Get to know the symbol of Zadar – the Church of St. Donatus and travel through time.

The Church of St. Donatus is an amazing church from the 9th century, a sightseeing must and the largest pre-Romanesque structure in Croatia! It's 27 m high and 22 m wide, has a specific cylindrical shape, a double interior and it stands out with its originality. Today, it mostly serves as a remarkable venue for medieval renaissance music. The whole structure is an architectural example of the Carolingian period and it is considered the most significant of its kind in Europe.

Most of its ornaments largely originate from the ruins of the nearby Roman Forum. Built between the 1st century BC and the 3rd century AD and commissioned by the first Roman Emperor Augustus, the Forum complex features an elaborate design of temples and colonnades with one proud column standing intact to this day. It covers 90 x 45 m of surface. It had closed porches with galleries on the first floor and under the porches, there were shops and workshops. Today only the original pavement and stairs have been preserved with two decorative monumental columns of which only one stands in its original place. It was once used as a column of the shame with chains from that period still hanging on it.

In the reconstructed part of the capitol, in the pavement, remains of an altar have been found where rites with blood victims were performed. Even today it's the starting point of the city planimetry.

Take spectacular photos on the site! 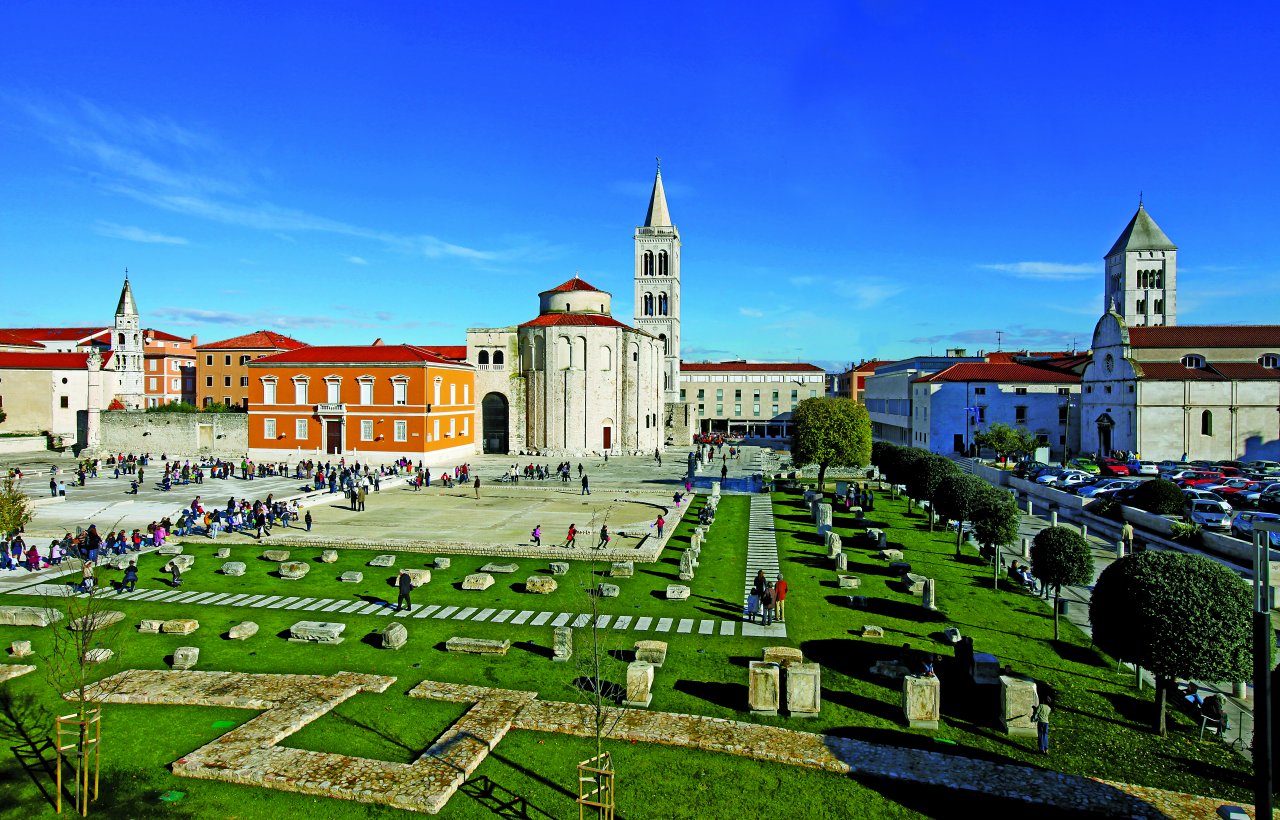 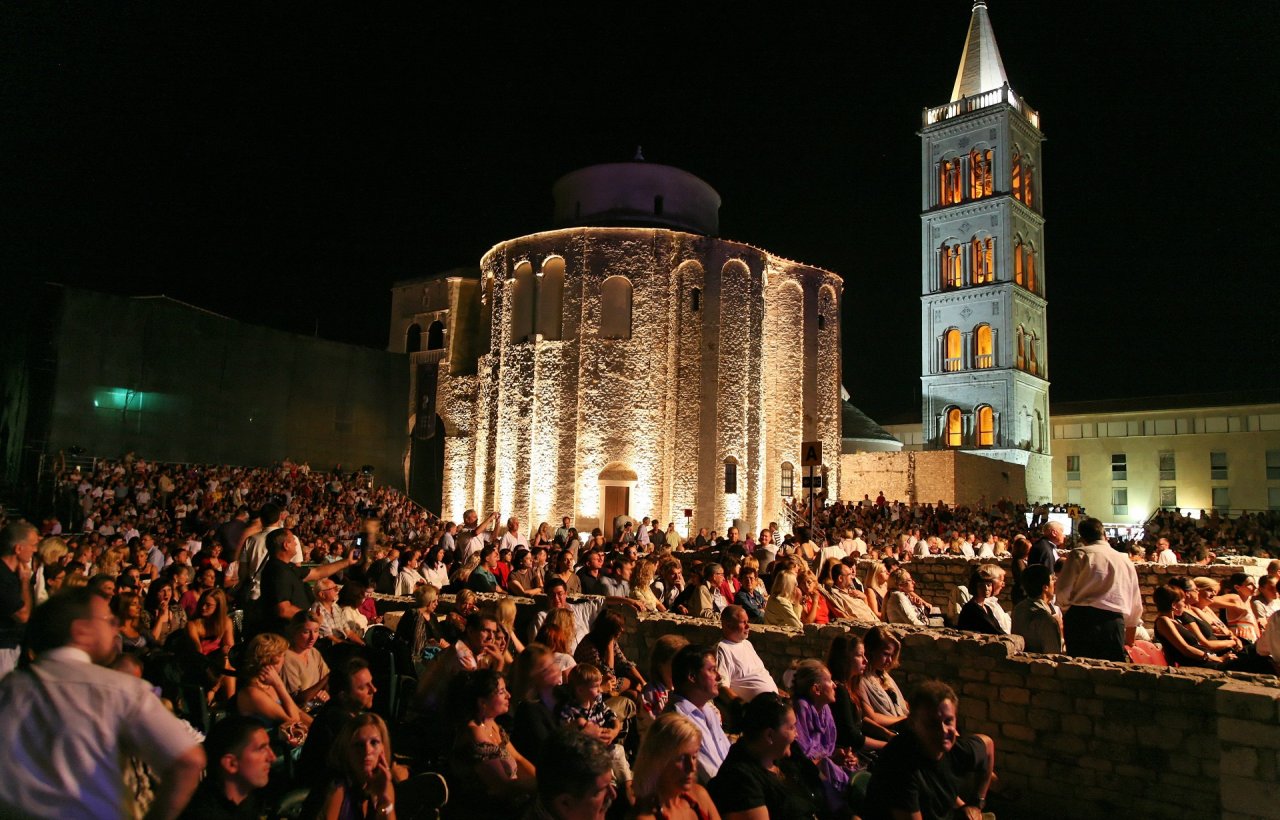 Light and music show by nature