Learn the crafts and customs of the local people

Local people of the region have been excelling at that for centuries, building great nimble galleys as Condura Croatica for kings and their fleets, making beautiful decorative lace for queens and their ladies-in-waiting, producing rich tasty food and harvesting pure sea salt for all. The heritage of the area is remarkable and unravels lively tales and intriguing mysteries of the past at every step, so come and listen to them by the local people themselves.

Mirilas - Explore the funeral cult known in the parts of Velebit passes and its background story!

If you take a walk through Velebit, you will surely spot unique, miniature monuments along your way. They are called mirilas, and their task was to preserve the memory of those who lost their lives on the mountain sides. Mirilas were created during the time when the residents of Velebit were mostly animal farmers and the bodies of the deceased were carried to the village church and graveyard. There was a rule during these difficult journeys: only one stop could be made to rest. This place would mark the last place where the deceased said goodbye to the sun and his/her measurements (mira) were taken. This is how these monuments got their name.
These fascinating stone monuments made between the 17th and 20th century can be found along the steep and rugged mountain paths near Starigrad and Ražanac. As the final resting place of the deceased people’s souls, Mirila were adorned with artistic markings and venerated even more than the graves themselves!

Tovareća mužika is a peculiar way of making music on various types of drums and antique irons filled with stones and especially attractive horns.
It is a trademark of Sali on Dugi otok island, and today it is considered intangible material heritage of Croatia. But tovareća mužika is no joke. Although it started off as one. In 1960, some youngsters pulled a prank at a spinster’s wedding using what is today known as the instruments for tovareća mužika. The rest was history. Soon they shaped their performance, set the rules and created costumes. The infectious rhythm is the main reason it is mostly performed during Saljski užanci, the festivities on Dugi otok - a combination of live music, fine food and good entertainment. With a few performances, tovareća mužika moves through the entire village and everyone hears Budnica performed on Sunday morning waking up even the heaviest sleepers.

The feast of Iž island 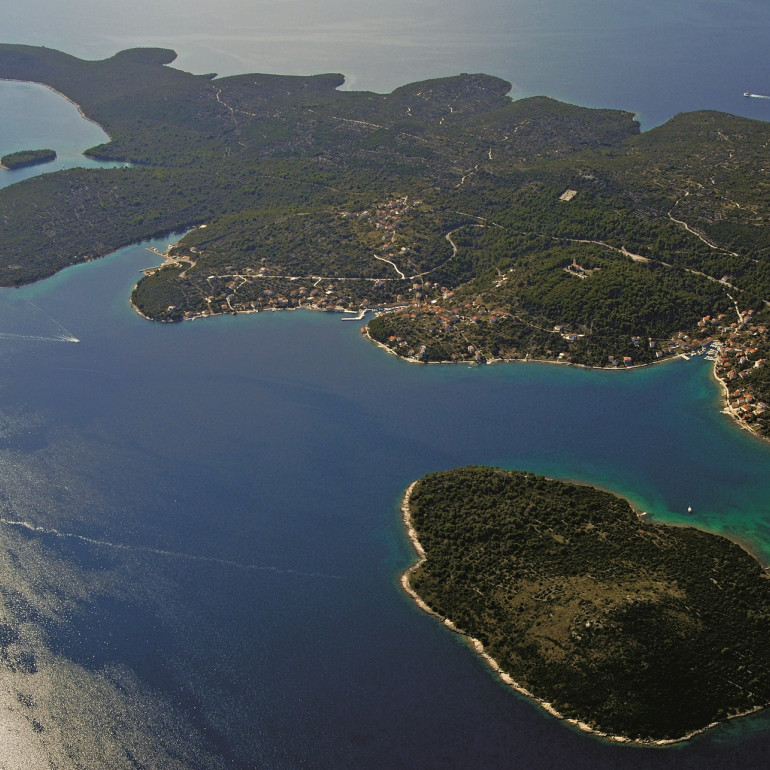 Croats are known for being party people. That is why every village has its own festivities. The feast of Iž stands out. Even among Croatians.
The feast of Iž island is summer entertainment that presents cultural programs and sporting events along with food, drinks and plenty of joy during a three day period. The traditional folklore entertainment of the Island of Iž reaches its peak with the final event of the festival entitled "Election of the King of Iž". It is a custom from the ancient times related to the Roman tradition of bacchanalia and saturnalia where the oldest people from the village drew straws (zbice). The person who pulls the longest straw becomes the king. The old king sails into the Veli Iž harbour accompanied by his “entourage” in national costumes with a song, fireworks and “luncijanj” of bells. The new king is then crowned on the stage with the presentation of the traditional island folklore. Every good party also features good food. “Iški lopiž” is popular around here, a meat dish with vegetables and aromatic Mediterranean herbs. What makes it special is the clay pot it is prepared in which is not surprising since this area is known for its pottery traditions. If you want to have a good time, head to Iž! 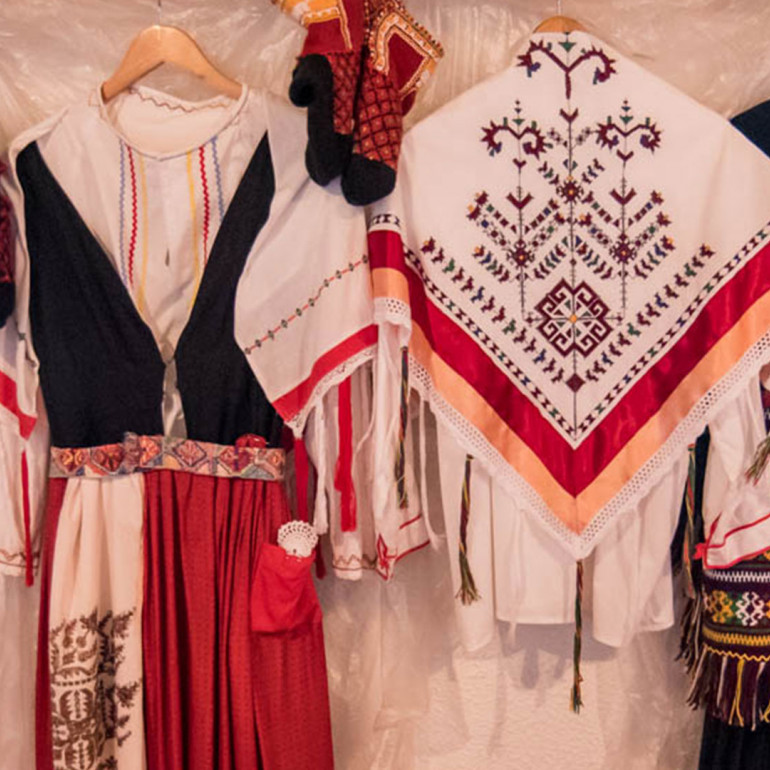 If you want to experience authentic, loud, local fiesta you must come to Fair of Benkovac.

The biggest fair of its kind in Dalmatia is held every 10th of the month in Benkovac, in the hinterland of Dalmatia. The fair has always a lot to offer, but especially the summer months are packed with products and people. You can find antiques, tools for everyday use and homemade products such as honey, rakija, marmalade and vegetables and frutis. If you are a wine lover, aim for September when grape harvesting objects are in the spotlight. There are a lot of animals which give a special feeling to the already colorful setting. Even if you don’t end up buying anything, it is worth the trip to experience the atmosphere and get lunch! Enjoy freshly roasted čevapćići, pljeskavice, kotlovina or lamb on a spit. It is a feast for all the senses, indeed.

Richness of the religious heritage